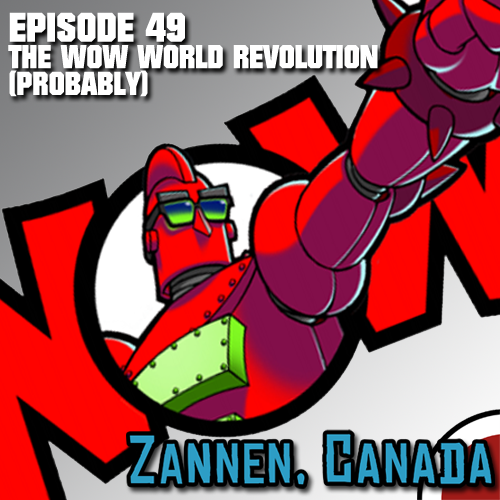 WOW Unlimited will be launching a new television channel soon in collaboration with Bell Media, and the chances are looking very good that it will feature an anime line-up of some kind. Why should anyone care about a linear television channel in this day and age? With some notable heavy hitters behind the scenes, as well as an incredibly strong streaming outlet in the form of Crave, this station and brand may have more of an impact than you'd expect. Karl joins me to discuss the potential benefits, as well as some of the dystopian side effects, of where the broadcast and streaming future of this channel could take anime, as well as the whole damned Canadian media ecosystem. Is that enough hyperbole for you?


Stream directly by clicking the "play" icon above or:
[Direct Download | Listen on Soundcloud]

Theme song by Karl Olson. Check out Packet Flood, the album all of this show's music is taken from, on his Bandcamp.
Posted by Jesse at 14:44 No comments: