Episode 83 - G-Saviour: A Part of Our Heritage 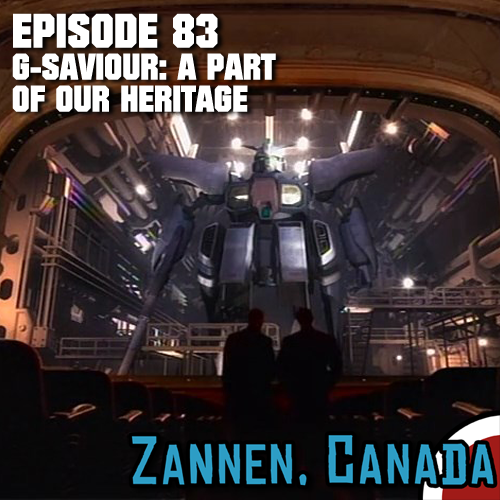 If Gundam is a franchise known for its fun references and connections to Canada, then the live-action direct-to-TV movie G-Saviour is certainly the least amusing of them all. Made to celebrate Gundam's 20th anniversary in 1999 (and missing that mark by more than a full year with a release in 2000), G-Saviour was filmed entirely in Vancouver, BC and revels in all of the local film community's least flattering characteristics. Randy joins me to explore questions absolutely nobody asked about the production and purpose of this memory holed failure, and take a closer look at its inextricable ties to other Vancouver productions like Battlestar Galactica and Stargate SG-1.
Zannen, Canada · Ep.83 - G-Saviour: A Part of Our Heritage

Stream directly by clicking the "play" icon above or:
[Direct Download Available on Soundcloud page | Listen on Soundcloud]

Theme song by Karl Olson. Check out Packet Flood, the album all of this show's music is taken from, on his Bandcamp.
Posted by Jesse at 19:11 No comments: