Episode 2: He Sold His Soul For Bootleg Rock and Roll 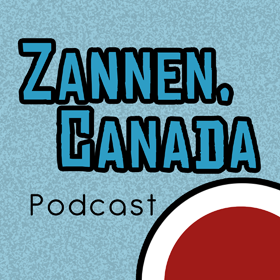 The panel is dominated by Winnipeggers and near-Winnipeggers in our second roundtable discussion of the past and possible future of anime on Canadian TV.

01:40 - Some more good anime TV memories including MTN children's shows, Macross Plus, and... some other stuff Teletoon had a hand in.

20:40 - What, exactly, was the big deal with Gundam SEED and Witch Hunter Robin?

22:40 - How we would've benefited from more girl shows, missing second seasons, and the real artistic potential of international co-productions.

55:15 - Hopes or expectations for the future such as broadcast supplementing geoblocked streams and broadening the possibilities of an unexpected hit.

Phil: Twitter | Just What Am I Listening To? Podcast

Special thanks to Karl Olson both for the theme song and for production assistance yet again on this episode. Check out his music at Ultraklystron.com.
Posted by Jesse at 22:18 No comments: