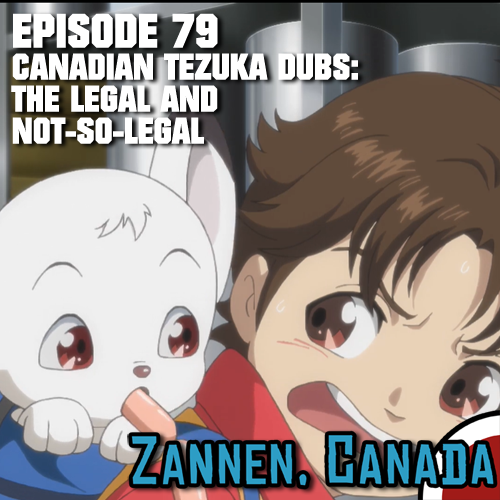 While many tend to associate franchises like Dragon Ball and Gundam with their historical ties to Canadian dubbing, the works of the godfather of anime, Osamu Tezuka, have a surprising hidden history within that designation as well. From the first anime ever aired on television in France, to the OTHER 80s Astro Boy dub, to a Kimba the White Lion dub produced under extremely unscrupulous circumstances, to more recent productions funded by the Japan Foundation, we've seen a number of work produced by Canadian studios. Mike Toole joins me to chronicle these largely obscure dubs in a way that will hopefully make you angry the next time a Tezuka property is sent to a dubbing studio in Miami instead of Vancouver.
Zannen, Canada · Ep.79 - Canadian Tezuka Dubs - The Legal and Not-So-Legal

Theme song by Karl Olson. Check out Packet Flood, the album all of this show's music is taken from, on his Bandcamp.
Posted by Jesse at 17:57 No comments: