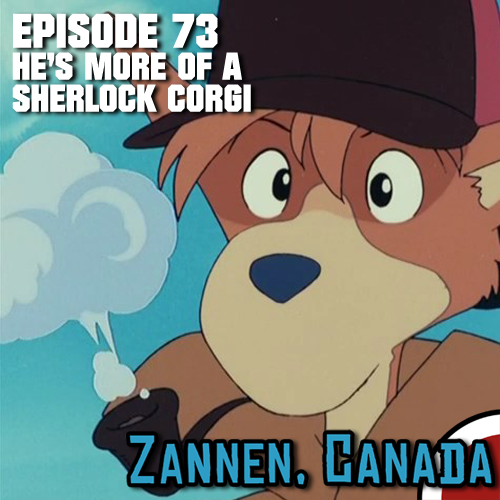 If you haven't experienced a version of Sherlock Holmes where he drives around in steampunk vehicles, repairs bi-planes mid-air and is also a dog, then chances are you have experienced significantly more faithful versions of the character. However, that doesn't mean you should skip Sherlock Hound! Known simply as "Sherlock Holmes" in French, this Italian-Japanese co-production was the final television series directed by Hayao Miyazaki, and was likely the first exposure to his work for all those watching on Radio-Canada back in the 1980s. What this series lacks in actual mystery it makes up for in spades with elaborate animated set pieces and unnecessary animation flexes... for the six episodes that Miyazaki directed, anyway! Mike Toole and Kurotsuki join me to reflect on the series, and also listen to me completely mispronounce Kyosuke Mikuriya's name at every effort!
Zannen, Canada · Ep.73 - He's More of a Sherlock Corgi

Theme song by Karl Olson. Check out Packet Flood, the album all of this show's music is taken from, on his Bandcamp.
Posted by Jesse at 07:52