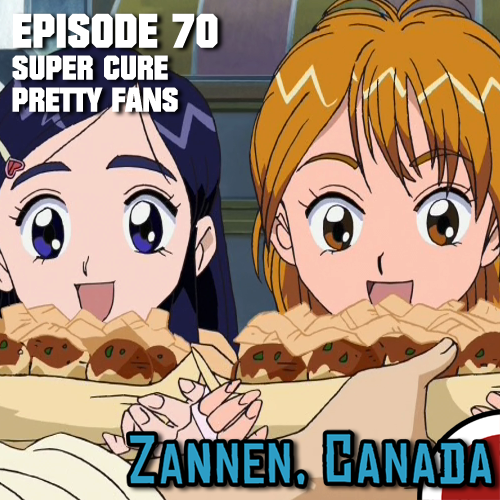 The Calgary-produced dub of the original Futari wa Pretty Cure hit the airwaves on YTV right as anime was reaching its decline on the station. Many had hoped the series would be a hit and bring about a second wind, but few were surprised that this didn't happened. Even fewer were surprised that this dub hasn't seen the light of day since. But should we really write it off as a failure? Mahou Shoujo experts Eryn and Pike, as well as Will Wood, the voice of Ferguson/FujiP from the series, bring a wild array of perspectives on this great dub, its impact as well as the Pretty Cure franchise as a whole.
Did YTV's airing of Pretty Cure have a big impact for you? If so, I'd love to hear from you! Share your story at zannencanada@gmail.com or in the comments below.

Theme song by Karl Olson. Check out Packet Flood, the album all of this show's music is taken from, on his Bandcamp.
Posted by Jesse at 13:01 No comments: