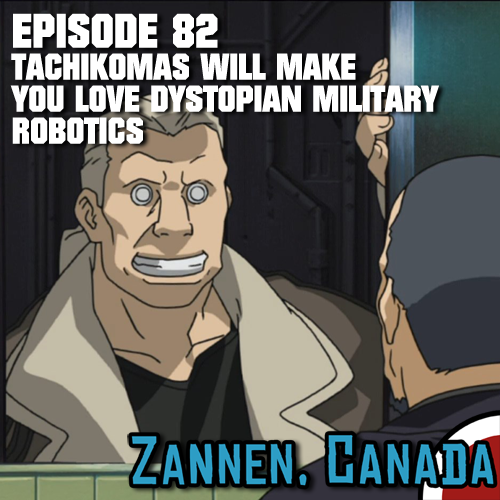 If you're anything like me, Blade Runner: Black Lotus may have made you a bit nostalgic for the last time a Corus-owned station ran a cyberpunk anime directed by Kenji Kamiyama every week at midnight. Ghost in the Shell: Stand Alone Complex was a stand-out title on YTV's Bionix block for many reasons, not the least of which include the international notoriety the broadcast gained from having an entire episode banned in Canada... although not really, since it aired a couple of weeks later. Randy joins me to look back on the series and how it holds up with its dense storytelling and (relative) lack of questionable CGI.
Zannen, Canada · Ep.82 - Tachikomas Will Make You Love Dystopian Military Robotics

Stream directly by clicking the "play" icon above or:
[Direct Download Available on Soundcloud page | Listen on Soundcloud]

Theme song by Karl Olson. Check out Packet Flood, the album all of this show's music is taken from, on his Bandcamp.
Posted by Jesse at 17:54