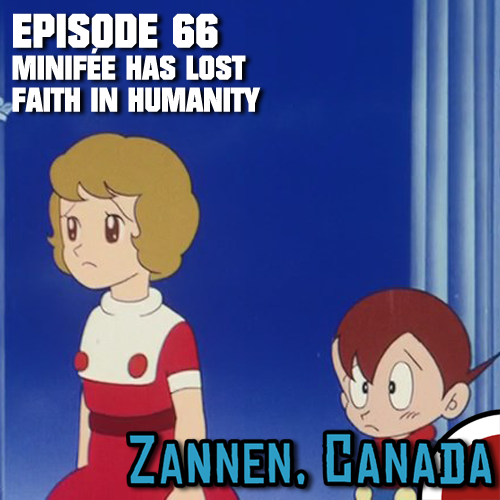 Minifée, the Montreal-produced dub of the original Sally the Witch, may not at first seem terribly notable. However, it doesn't take a lot of digging to find out that it one of the most crucial, overlooked productions in the history of anime in North America. Not only was it the first anime dub ever produced in Canada, it was the first anime ever produced in the French language. With Bernadette Morin, mother of notable Francophone singer Amélie Morin, at the helm, it is... possibly the first anime dub ever produced by a woman? It's a little hard to nail that one down, but mahou shoujo expert Eryn Dearden joins me to explore the series a little deeper.

Special thanks to Vincent Bergeron for his assistance in researching for this episode!

Theme song by Karl Olson. Check out Packet Flood, the album all of this show's music is taken from, on his Bandcamp.
Posted by Jesse at 12:01 2 comments: