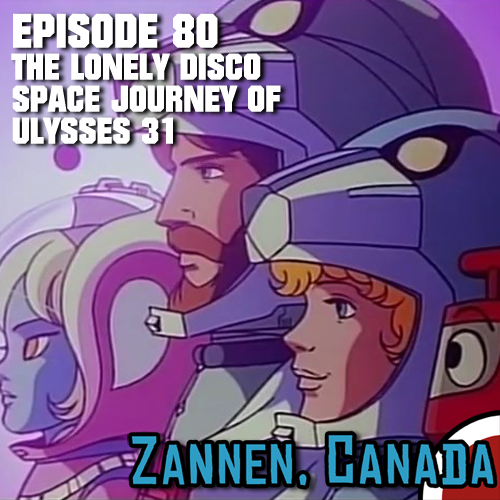 The success of Star Wars drove children's entertainment to do a lot of dumb things in the late 70s and early 80s, but throwing the characters and basic concept of HOMER'S Odyssey into space in the 31st century was definitely not one of them. While Ulysses 31 is cherished almost entirely by a small segment of GenXers who managed to catch it on TV during its very short run in the 1980s, this co-production between DiC and TMS packs a surprising psychedelic punch, and was a staple of French language Radio-Canada programming. Mike Toole and Dez join me to share their memories of this underrated classic.
Zannen, Canada · Ep.80 - The Lonely Disco Space Journey of Ulysses 31

Theme song by Karl Olson. Check out Packet Flood, the album all of this show's music is taken from, on his Bandcamp.
Posted by Jesse at 21:00 No comments: